Love for music in the Bangladeshi youths dates back to the ’70s. But the story of love for heavy metal is different. Zulker Nayen Mahmud shares the story of Rainbow Music Store which was the go-to place for rock, metal and pop lovers.

In Britain of the 1980s Britain, heavy metal was going through a resurgence. The more seasoned groups like Dark Sabbath and Judas Cleric, who had begun within the late 1960s and early 1970s, were still going solid, but a modern cohort of energizing younger bands had started appearing on the scene. The NWOBHM (New Wave of British Heavy Metal) groups such as Iron Maiden, Saxon, and Def Leppard were getting radio airplay on Tommy Vance’s Friday Shake Appear on BBC Radio 1, and showing up regularly on TV. They indeed had hit singles within the pop charts.

However, in Bangladesh the scenario was different. The love for heavy metal was blooming slowly. Rock & Heavy Metal Music in Bangladesh was the store opened by Abdul Kadir Murad. It was in 1982 when he decided to open a store selling copies of LPs and CDs. The shop was exceptionally little and arranged in an arcade fair off New Elephant Road in Dhaka, and Mr Kadir named it ‘Rainbow Music Stores’ after another one of his top choice groups. To begin with, the shop sold copies from his own collections, and the business was slow. He was making trips to Singapore to bring back collections by the most excellent pop, rock, and metal artists to add to the shop’s stock. There were a number of competitive stores in Dhaka, but the Rainbow had an unmistakable edge over the others. In 1983, Abdul Kadir was joined within the store by another over the top rock lover, his next-door neighbor Humayun Kabir. As the Rainbow’s ubiquity developed, other music stores opened nearby (Shur Bichitra, Shur-Niketon, and Cadence), and before long the ‘Elephant Road Coffee House er goli’ (Coffee House alley) got to be a flourishing center for nearby performers and music fans. Like professor at university, Kadir and Kabir were educators on Rock and heavy metal music.

Within the 1960s, the Gramophone Company of Pakistan had imported numerous LP and singles of rock and roll artists like Cliff Richard and the Shadows, Elvis Presley, the Beatles, the Rolling Stones, the Shoreline Boys, and the Hollies, which sold exceptionally well in Bangladesh. These artists were favored for the most part by the high school and college students in Bangladesh.

The first band of independent Bangladesh is the Underground Peace Lover (UPL), shaped in 1972 in Dhaka. Uchcharon were the greatest band of that time in South Asia after Moheener Ghoraguli. Inspired by the 1960s rock music and a few Indian classical musicians, their front-man Azam Khan, a freedom fighter, presented the hippie fashion. Their first song, “Hai Allah Re!” became a big hit in 1973, after its release. “Bangladesh”, a song released by the band in 1975, was a protest song, and inspired many bands to write songs about the struggle of the poor.

But there were no heavy metal bands till the 1990s. Rock & Roll music was influenced by American Rock & Roll music, Pop, Blues and Jazz. But in true meaning Rainbow music store educated and inspired many bands to be formed and sing Bangla heavy metal or rock metal. Rainbow remained a tremendous impact on the up-and-coming bands into the late 1990s, sometimes giving them more obscure material to tune in to. More bold bunches like Artcell took these impacts and pushed the metal envelope to incorporate more dynamic and curiously compositions. The decade of the 1990s is sometimes considered the most productive phase in Bangladeshi music history. Rock music got to be the foremost popular genre within the nation as the bands have demonstrated themselves to be much better artists. From the 1990s, it was common to partition mainstream rock into pop and hard rock. In contrast, hard rock was more influenced by the 1960s psychedelic rock, blues rock and the 1970s Bangladeshi rock artists.

The most successful and influential band from the psychedelic rock was Nova. The most successful band from the blues-rock sort was LRB, who went on to release several best-selling collections within the decade. Ayub Bachchu, the vocalist and electric guitarist of the band, is considered to be the greatest guitarist of Bangladesh. With roots in blues-rock, psychedelic rock, and the British heavy metal bands of the 1970s, heavy metal was presented in Bangladesh within the mid-1980s by a few bands formed by high school and college students. The groups that made heavy metal created a thick, powerful sound, characterized by plain cadenced basslines, exceedingly amplified distortion, amplified guitar solos, unequivocal beats, and overall uproar.

All of these continued to the present day. There are several bands that sing heavy metal, hard rock, psychedelic rock, blues rock and pop. But all these started when a heavy metal lover out of his own enthusiasm opened a small shop called “Rainbow Music Store”. Nowadays YouTube, Spotify, Gaana and many other online platforms have made it easier for today’s listeners to find songs they want. But in the 1980s there were no internet, no smartphones. Teenagers and music lovers had to line up in front of the store to order mixed tapes. There was such a rush that sometimes it took three months for one cassette to prepare for one customer. The bands that are singing heavy metal or rock metal or blues-rock today were greatly influenced by Rainbow Music Store. It was not a music store, rather an educational establishment that taught many to love different types of songs, an establishment that revolutionized the way Bangladeshi youths listened to music and their love for music. 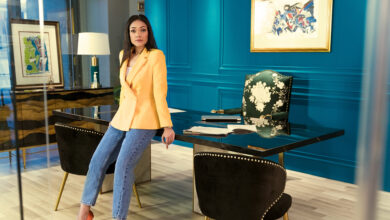 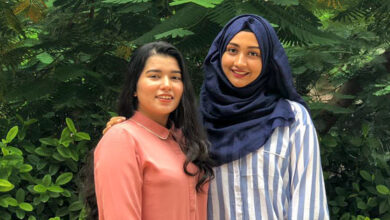 A Sugary Tale of Two Friends 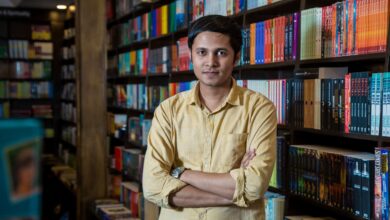