He is the winner of the Excellence in Leadership Award from the British Curry Awards; he is the owner of a chain of award-winning restaurants across the United Kingdom; he is the President of the British Bangladeshi Caterers Association (BBCA); he is Salim Chowdhury, a charismatic politician, a successful business leader, and a dedicated philanthropist. Alvia Zaman Shristy of Colors narrates the story of this inspiring hotelier.

Born in Sylhet, a major city in the northeast of Bangladesh, Salim Chowdhury moved to the United Kingdom with his family at the age of five. Moving away from the love and security of the near and dear ones was difficult for the Chowdhuries and leaving a simple life back home for a completely new society was an act of courage and at the same time painful.

In 1991, Salim settled in Harrow and it was there that he developed a strong sense of belonging to his Bangladeshi community. Growing up in Harrow made him realize that “as a nation we are strong, as a community we have great bonding, and most importantly we are extremely hospitable to our guests.”

After completing his graduation in Management, he entered the hospitality industry with his own restaurant Jaflong in Harrow. Fast forward to 2021, he is running a chain of successful restaurants all over London including Jaflong, Pearl of Bengal, Curry Mahal, and Coriander. He noticed that a vast majority of the Indian restaurants in the UK are run by Bangladeshis. He says, “This reflects not just a knack for being a foodie per se, but a wider affinity for hospitality among our people.” He attributes this behavioural pattern to be the reason behind the hospitality trade coming so naturally to him.

What particularly allured him into the restaurant business? He reminisced that the passion for food grew in him due to the availability of eclectic and intense Bangladeshi cuisine at home. It is the naga chilli in particular, loved widely by Sylhetis and has been a common element in the dishes cooked by his mother. Exposure to such mouthwatering delicacies while growing up led to his curiosity regarding food. He went on to incorporate the naga flavours into the menus across all his restaurants. Despite being an unconventional curry option for the British palate, it becomes a crowd favourite.

The crown in jewel of the restaurants he has established over the year is Coriander, which opened its door in 2012 in the upmarket North-West London enclave of Hatch End. Coriander quickly became a firm favourite to the food enthusiasts in London. The restaurant offers various flavoursome North-Indian style dishes, along with authentic Bengali dishes ranging from Shatkora to Shorisha Maach, Maach Biran and more.

The customers are at the heart of making decisions at the restaurant. Customers can request for and get their dishes done whichever way they like. The dishes prepared are a collaborative experience for the guests. Whether it is a lamb shank dish prepared over 48 hours or naan breads with multiple toppings.

Coriander has won prestigious awards for offering unique dining experience including the National Restaurant of the Year Award at the UKBCCI Inaugural Business & Entrepreneur Excellence Awards, Newcomer of the Year at Asian Curry Awards in 2013, Restaurant of the Year 2013 and 2014 by Harrow Times and Pat Chapman’s Curry Club Certificate of Excellence for ‘Best in Middlesex’ 2016. Coriander has also been a finalist at the coveted British Curry Awards for three years. In 2020, British Curry Awards bestowed the Excellence in Leadership Award was for his contributions to the UK food industry.

When the entirety of London was undergoing strict lockdown and the food industry was brought to a halt as the President of the British Bangladeshi Caterers Association (BBCA), he helped organize and distribute over 25,000 meals through BBCA members to the homeless, NHS staff and hospices across the country. This was done within a matter of one month in the first phase of the pandemic lockdown in early 2020.

Through BBCA, he has raised donations worth over £10000 just by campaigning across social media platforms during the ongoing COVID-19. Using the fund, member restaurants and takeaways of BBCA effectively provided food for over 300 care homes and hospitals under his leadership over the course of a month.

He is not only a brilliant restaurateur; he also has a pounding heart of humanity. For his service to humanity, he is highly regarded in the Curry Industry and has served as the president of BBCA for two consecutive terms now.

He has a strong sense of community and always one to uplift others. He is optimistic about Bangladesh’s future. He feels obliged to help the Bangladeshi community in the UK. He always looks for opportunities to invest in Bangladesh. He is a sponsor director of Non-Resident Bangladeshis (NRB) bank in Bangladesh.

He is eager to invest more in his community in Sylhet to help create more jobs opportunities and stimulate the local economy. He hopes to keep playing his part in the economic growth of Bangladesh.

Recognizing, inspiring and providing necessary support to those in need has made Salim Chowdhury into the philanthropist and leader that he is today. 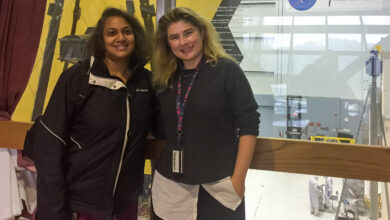 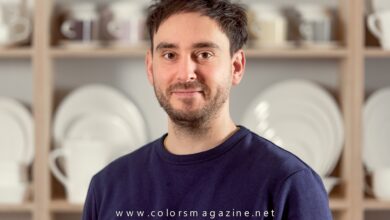