At the onset of COVID-19 pandemic in March 2020, the Bangladesh higher education community witnessed how bold move and appropriate strategy can make a difference. Leading from the front, Professor Vincent Chang, Vice-Chancellor of BRAC University, made courageous decisions with equanimity and a smile. It was the first university to end the semester early, made sure that the academic integrity was not compromised, launched its own online learning platform enabling the students to resume classes and allow easy access from any part of the country. A visionary leader, Professor Chang, who dreams of transforming the seat of learning into a research university and putting it on the world map, shares his passion for excellence with the Advisory Editor of Colors Ziaul Karim.

Big changes require a great deal of courage, proper strategy and correct implementation of the strategy. This process was witnessed by the Bangladesh’s higher education community when the pandemic hit Bangladesh in March 2020. During that time, Professor Vincent Chang, Vice-Chancellor of BRAC University, stood tall in the face of challenges, made great and daring decisions with his bright smile still there. He believes in doing what is the right and keeping the students wellbeing in check. One of the greatest and first applications of his education philosophy became visible when the country was hit by the pandemic — BRAC University was the first university in the country to end the semester early, prior to any formal instructions from the UGC. In making this decision, Professor Chang made sure that the academic integrity was not compromised. Then, BRAC University launched its own online learning platform, which is the first of its kind in Bangladesh. This enabled the students to resume classes and allow easy access from any part of the country.

“Knowledge of languages is the doorway to wisdom” – a statement that fits rightfully for Professor Vincent Chang. His wisdom comes from not only these astounding degrees but also from his diverse knowledge in English, Chinese, Japanese, French and Arabic languages. This diversity of knowledge is well portrayed in his personality as a modern-day executive – a daring and strong person with the perfect touch of humor, who works strategically to make not only immediately visible changes but also those that will sustain in the long run. As such, Professor Chang, after joining BRAC University, has so far re-structured and created the Graduate School of Management, School of Data and Sciences, School of Engineering, School of Architecture and Design, and School of General Education. This reformation of BRAC University is a step that has not been taken by anyone so far.

Professor Vincent Chang is an expert in strategy, implementation and communication, hence holding the fundamentals required and expected from a visionary and a leader. The bold and effective steps were not made overnight. He has an outstanding record of building a new graduate school, a new university and new businesses.

Prior to joining BRAC University, he served as inaugural chair of institutional development at Chinese University at Hong Kong in China. He has also previously served as founding president and planning director of a new university of American model, and as the inaugural executive dean of Peking University’s HSBC Business School, which was China’s first all-English International Business School.

Professor Chang’s experience is not only limited to academia but also ranges over investment, marketing, consulting, energy and medical imaging in California’s Silicon Valley and New York’s Wall Street. He has worked in renowned institutions such as JP Morgan, McKinsey, ExxonMobil, and the US Federal Reserve. With such a rich and diverse basket of knowledge and expertise, Professor Chang now aims to take BRAC University to international heights.

As Professor Chang has shared with us, during his journey with BRAC University so far, the biggest challenge has been something that we may all agree on in the obstinate thought process of our community. Discouragement is very common amongst workplaces here, regardless of the role in the institution and even Professor Chang has had to face it. Although, some approved and supported his efforts, initially it was not the case since people were skeptical of changes and reforms. Yet, Professor Chang made it happen and did so with humor and grace! Taking these big steps was not easy because physical changes are easily visible to the eye but psychological changes are not. The reform that Professor Chang has brought to BRAC University involves change in people’s perception and outlook of higher education.

As Vice-Chancellor of BRAC University, he sees himself and his university as the only goose flying into the unchartered sky of Bangladesh’s higher education. As a first step to put BRAC University on the map, he had invited Ban Ki-moon, former Secretary-General of United Nations (2007-2016) as the keynote convocation speaker in November 2019. The presence of such an important figure had surely brought BRAC University to the attention of the international higher education arena.

Professor Vincent Chang’s motto to achieve his goals and fulfil his vision has been ‘do what is right’ and ‘no favor, no fear.’ He considers himself a daydreamer – dreaming with his eyes open to visualize his dreams into reality. Professor Chang’s one of these dreams is that of late Sir Fazle Abed. Sir Fazle Abed dreamt of turning BRAC University into ‘the Harvard of South Asia.’ Although the university is currently far away from this goal, the senior management team put together by Professor Chang exhibits the caliber of ‘the Harvard of South Asia.’ The new senior management includes experts from across the world to manage schools and departments of BRAC University.

According to Professor Vincent Chang, in the long term, BRAC University should be able to offer the experience that students will carry 20-30 years down the line into their life from the point of graduating. Professor Chang believes that a high CGPA and employability should not be the key goal of a university. Rather the experience and knowledge that the university provides should be of utmost priority. Professor Chang is also working to turn BRAC University into a research university from a teaching university. The key ingredient for this is investment in research and building the infrastructure for research while incentivizing and accommodating the faculties. In this era of commercialization of education, maintaining quality of education is difficult but very important. Professor Chang has hence put forth the new standard that no faculty can be promoted to be an assistant professor without a PhD degree.

Professor Vincent Chang, when interviewed by Colors Magazine, shared his aspirations for BRAC University as an international university from Bangladesh by the end of this decade. The road to becoming an internationally acclaimed university is going to be long and full of obstacles, but Professor Vincent Chang is determined to transform BRAC University into an international and research university and a leader of higher education in Bangladesh. Professor Chang, with his vibrant, energetic and valiant personality, is the leader who will and has already set new standards for Bangladesh’s higher education. We hope this will encourage others to follow suit. We also hope that he and his university will have company flying together soon. 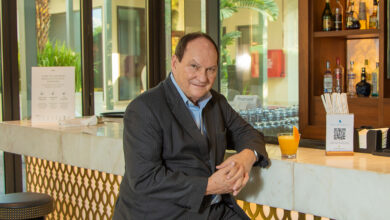 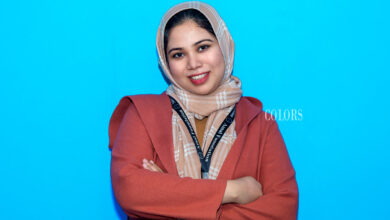 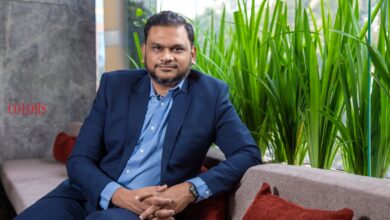 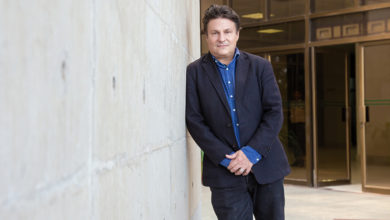 Compassion for the Woes of Humanity