As Miles marks the end of its fourth decade, Coolors’ Tamima Islam catches up with lyricist behind many of the band group’s hit songs, Mahmud Khurshid, as he celebrates 30 years of songwriting.

Writing Bengali poems from a young age, Mahmud Khurshid has always had a way with words, but he never thought he would be turning them into lyrics someday. That was until Octave, a band that had long since been dissolved, requested him to write a song. Thus, with his first written song, Shopno Bhongo, he began his songwriting career.

Although Octave did not end up singing this song, Mahmud continued to write a number of songs for them, until he passed Shopno Bhongo to the legendary Miles. This proved to be a game-changing decision for both the band and Mahmud as the song instantly became a favorite amongst listeners nationwide.

While talking to Miles’ lead singer, Shafin Ahmed, he explained how the band would sit together with Mahmud while composing a song he wrote, so that they could all be in spirit of the song and share ideas.

‘Bengalis’ love for poetic expression made it important to have a good lyricist,’ says Shafin Ahmed. ‘Mahmud Khurshid made it possible for our songs to be strong enough to touch people.’

Mahmud Khurshid’s lyrics tend to come from a place of emotions, which, he shares, is the key behind the success of many of the hit songs, such as “Dhiki Dhiki”, “Firiye Dao”, “Jala Jala”, “Neela” and “Shopno bhongo”, sung by Miles’ vocalists. He has also written many famous songs for renowned artists and bands such as Foad Nasser Babu, Mehreen Mahmud, Warfaze and Feedback.

Renowned musician Foad Nasser Babu mentions how way back his relationship with Mahmud goes. Being neighbors once upon a time, Foad saw firsthand how Mahmud grew into the lyricist he is.

Mehreen Ahmed explains how Pop music requires very structured lyrics, specific to the composition of the song, and Mahmud happens to capture this concept very well.

‘He has a creative child in him,’ comments Mehreen. ‘We are blessed to have an entity like him who is willing to stay in this industry for so long.’

When asked about his inspiration behind writing, Mahmud Khurshid mentions Kazi Nazrul Islam, Rabindranth Tagore and Manna Dey as a few of his many influences into the world of song and literature.

‘I’ve managed to pick up influences from great poets back in the days to modern artists today, and infuse them into my own form of song-writing,’ says Mahmud. ‘I don’t always follow the traditional form of writing, but by experimenting with different techniques, it managed to work out pretty well.’

Apart from writing, Mahmud Khurshid has come a long way in his marketing career as well. Starting his career at ACI, Mahmud has established his reputation in Brand communication, Advertising and Public Relations. He has worked in many places throughout his career and currently serves as the General Manager of Business Development at Apollo Hospitals, Dhaka.

‘Marketing is my job while writing is my passion,’ shares Mahmud Khurshid when asked how he balances the two. ‘I am a Business Developer by day, and a writer by night; it’s all about utilizing your time wisely.’

As Mahmud Khurshid celebrates three decades of song writing, he advices present and upcoming lyricists to focus more on quality rather than quantity, as the importance of words in songs is slowly disappearing. Mahmud also urges the industry to emphasize the importance of lyricists in the world of music so that more talents can make their way to the top.

‘It’s amazing to see people still listening to the songs I’ve written,’ says Mahmud. ‘On that note, I hope to be writing a lot more songs this year to celebrate my 30-year mark, and will also be releasing some poetry books very soon.’

Lined for success in Silver

Falling Head Over Heels for Bangladesh

Love in the time of turbulence 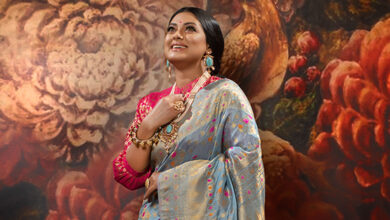