During menstruation, a woman goes through a very difficult time that can be complex to understand. It’s normal to have the blues or feel sick before and during periods as hormone levels rise and fall during and before a girl’s menstruation. It can affect the way she feels, both physically and emotionally that includes the feelings of extreme depression, anxious and helpless and is commonly termed as Pre-menstrual syndrome or PMS. Elora Majumder notes down ways in which the workplace can be more helpful to the women during ‘that time of the month.’

This problem is faced by all women all over the world every month and everywhere and thus it gets really difficult for any lady to work and concentrate on something properly. Here are five ways in which any workplace could make it easier for their female employees at work during periods.

A ‘leave’ on the first day

The first day is the worst day of the menstruation as many girls would advocate. A girl is occupied with full of unpleasant feelings including the feeling of extreme frustration, anger, anxiety, depression, desolation and the list prolongs. Everything on that day feels uncomfortable making the work experience all the more difficult. “Not everyone’s period is the same. Mine is usually over quickly, but the first day I have terrible cramps and really heavy bleeding. I am willing to work twice as hard the next week to make up for it, but it would be great if I could take leave on the very first day without having to give so many explanations” – says Saima, a journalist in her early 20s.

Stock the washrooms with necessary belongings:

During menstruation, it’s always necessary that a girl does not have to at least go through the hassle of looking around or worrying about getting access to sanitary napkins. It’s necessary that the girl always have spares of sanitary napkins available around and the easiest solution is to equip the female washrooms with an adequate provisions of pads. Even universities are doing it these days and it is about time that the workplaces step up. It’s a common scenario that whenever a girl is in need of that and she does not have it at the time of emergency, she has to ask her colleagues or friends to be a savior during urgency. Thus, it is very important that the washrooms have a stock of sanitary napkins to cover for emergencies. ‘In my opinion, it’s high time people start normalizing period and cooperate with women. Even though I always try to carry an extra sanitary napkin, that’s not always possible or at times enough for the situation. So, having some at the washroom stack would be very helpful’ –says Sania, a young banker.

always see that most of the offices have a first aid box that contains things that would only help to cure a severe injury and not the things that would help the female employees to get rid of the severe pain during the period. Cramps are often the biggest hurdles to cross when a woman is going through her periods. While the level of pain is not the same for everyone many females require painkillers to subdue the pain and focus on the work at hand. The offices should keep the pain relievers like Aspirin, Ibuprofen or Naproxen for any severe cramp that needs medication. For people who don’t resort to painkillers, a hot water bag be of great help as well. “Maybe if period pain burned calories, it’d be worth it”—says Farina, a university going student.

fuel a lot of cravings to an extent that it becomes bothersome. She’s going to have huge cravings for certain things because that’s the nature of her body chemistry. Bring them to her. There should be enough food and different flavors of tea available as this would help her to carry on with her work with a pinch of relief. The degree of pain is different for every woman, so is the reason. There are many factors that heighten period cramps, a few common ones are lack of nutrition and exercise. Thus it’s important for the girls to not starve at all. A simple questionnaire of what the female employees prefer having during their periods and then stacking up supplies with those snacks can be an easy way of making things better for the ladies.

Have the facility for working out/yoga in office premises

It’s no surprise that sitting at a desk all day is not good for our health. So instead of feeling fidgety with discomfort, working out would be a good option to relieve period cramps. Contrary to popular belief, working out during periods can be of great help. Working out makes the heart rate goes up and blood circulation pump up which in turn aids in easing pain. Physical activity generates beta-endorphins that act as a human morphine to nullify pain. Practicing yoga is very beneficial for the same purpose. It involves breathing techniques that could stimulate and enhance the functioning of tissues.

Big Doers in the Big Apple 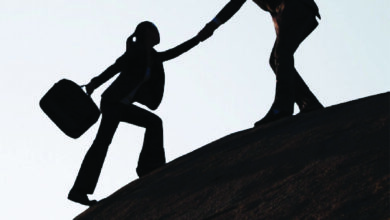 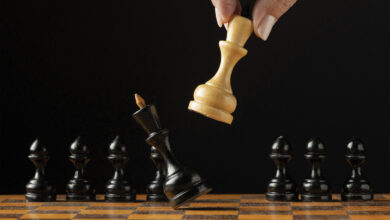 A Youthful Take on Work culture