The Beauty; The muse; The Star – Bidya Sinha Saha Mim has tied the knot with the love of her life, in a beautifully crafted wedding. She and her husband Soni Poddar takes the time to talk about their romance and life together.

Mim is undoubtedly one of the biggest stars of the country. So it wasn’t much of a shock when the entire nation started obsessing about her sudden engagement. Everyone wanted to know about the person who had her smitten – Soni Poddar. By profession a banker, Soni has become the object of everyone’s curiosity. Being a very private person by nature, he had very little on his social media, and that only added to the mystery – Who is this person who has the heart of the reigning queen of tinsel town.

The couple had very carefully, and might I add successfully, kept the relationship under wraps for 6 years till they got married. Many of us can only dream of having a friend who acts like the cupid, but for them that was reality. Mim’s friend and Soni, both worked in the same bank. As fate would have it, she talked to Soni about Mim and they all became very good friends. Mim laughs and says to her husband. “Tell her how you couldn’t even believe that you were talking to meet first” He smiles and talks about how he knew it was her but he used to joke around saying it might be a fake profile! Soni reminisces how they used to all talk in a group chat till they decided to talk more in personal messages, “We started talking with each other more personally and that’s how it all started. And now we are here!”

The newlyweds spoke about each other with adoration. Mim lovingly says how Soni is not very expressive since he is very private, and instead of words he shows his love for the actress with actions. She admits she is the more emotional one in the relationship and is much more vocal about her affections with him. Family is extremely important to her, and she is extremely happy that her husband is so loved by hers. “It’s amazing how great he is with my family. He has become like a son to them. They do not treat him like a son in law at all”

On the flipside, Soni starts off by reminiscing about the times when they first started seeing each other. He jokes about how he thought it would be fun to have a celebrity, moreover one of the biggest of our country, on his friend list. He just never knew he would find the love of his life in the starlet. Admittedly, his first impression of the actress was that she is arrogant and a bit of a diva. But he quickly realized that it was his misconception. The realization quickly hit that she was actually quite the opposite. She was caring and hard-working and that’s what made him fall in love. And as any intelligent person would do – he put a ring on it.

The pair had been planning this wedding for a little over 3 years. If Covid hadn’t come up and disrupted all of our lives, they would have gotten married a lot sooner, they say. However, the universe does work in mysterious ways. In this case, the universe did exactly what Mim said it would do. In an interview with a newspaper five years ago, upon being asked when she would like to get married, she said “2022”. As fate would have it, that is exactly what happened. Even though Soni popped the question three years ago and the wedding outfits were picked up in 2019, they finally got to enjoy their big day this year.

A destination beach wedding – that was Mim’s dream for the most special day of her life. “I have always been a fan of destination weddings. We had picked out this gorgeous beach resort in Malaysia. We were finalizing the dates with them when Covid hit. So, sadly that didn’t work out in our favor” Eventually when the situation started improving, she says she thought about having the festivities in Cox’s Bazaar. But they decided against it since security and privacy would be a concern. Finally, they decided to tie the knot right here in Dhaka at a five-star hotel. The wedding was elegant and beautiful and was attended by everyone the couple adored. Soni says all the credit for the planning of the wedding festivities goes to his beau, who he admits is the better planner out of the two.

Hardworking as they are, the couple has barely had time after the wedding. In between Mim’s shoots, Soni’s office, and the million friends and family gatherings that newlyweds have to attend, the couple is stretched for some alone time together. Unfortunately, their honeymoon also had to be postponed since Soni came down with Covid just before they were about to fly out. However, they are now hoping to leave for the holiday soon after Valentine’s Day to make up for lost time. Mim’s dream of a gorgeous beach wedding may not have worked out but she surely will have an amazing honeymoon on the beaches of Maldives.

The couple seemed absolutely enthralled with each other as any newlyweds would be. As the cameras clicked and Mim did what she does best – shine in front of the flashes and lights, Soni could be seen admiring his sweetheart from a distance. As he joined her in front of the cameras, the chemistry between the lovebirds became more than evident. The smile in their eyes was pure and it was a delight to see them just having the best time in each other’s company. We hope to see the couple having a beautiful marriage and a wonderful life together.

Seeking The Palace Under the Lake 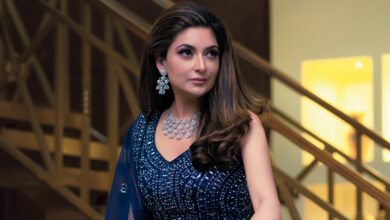 The First Lady of High Fashion 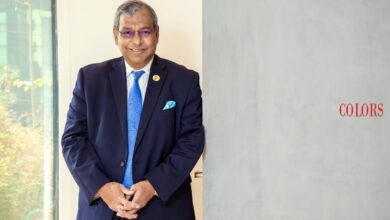 LEADING FROM THE FRONT 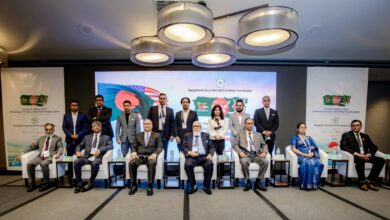 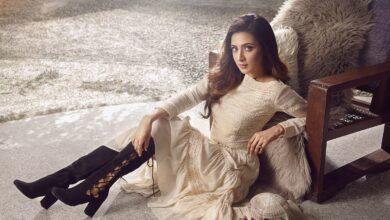