The ready-made garment (RMG) industry has been the mainstay of the economic success story for Bangladesh. Standing out as one of the world’s largest apparel makers and exporters, a recent report titled, “What’s Next for Bangladesh’s Garment industry, after a decade of growth?” by McKinsey, pieces what is in store for the sector that drives the nation of more than 165 million. Accounting for almost 84 percent of the export earnings, the article takes a deep dive into where the industry stands and what the future looks like.

The Readymade Garments (RMG) sector plays a key role in the export sector of our nation. However, these are trying times for the sector, given the forces at play. The MicKency report identifies the significant growth of the RMG sector of Bangladesh can be attributed to the sector’s rapid growth and technological innovation over the past decade. The strides it has made in improving conditions of approximately four million garment workers has enabled the growth to be propagated further.

However, the pandemic has stalled the sector’s progress at a crucial moment. As the global market shifts in terms of fashion sourcing, it threatens Bangladesh’s position in the supply chain as an influential exporter. The report explains that at present Bangladesh’s RMG sector has revamped its approach to transparency, improving factory safety and value-chain responsibility. The progress follows from the Accord on Fire and Building Safety in Bangladesh, the Alliance for Bangladesh Worker Safety, and the RMG Sustainability Council. These measures led to the shut down of multiple unsafe, lower-tier factories as well as remedying and improving other facets. These steps have allowed restoring some of Bangladesh’s appeal in the global apparel-sourcing market, capping off a decade of persistent growth and innovation.

“Ten years ago we forecast a growth of 7-9 per cent in the industry. Indeed, RMG exports from Bangladesh more than doubled, from $14.6 billion in 2011 to $33.1 billion in 2019 with a compound annual growth rate of 7.0 per cent. Over this period, Bangladesh’s RMG industry increased its share in global garment exports from 4.7 per cent to 6.7 percent, the report added.”

The report further highlights that the pandemic has curbed order volumes, cancellations of orders, payment delays, and renegotiation of terms. As the crisis threatened the livelihoods of Bangladeshi workers, many smaller, inadequately funded factories closed their doors, and competition for smaller orders shot up. Consequently, the value of Bangladesh’s RMG exports fell by 17 per cent in the first year of the pandemic, cumulating in revenue losses of more than $5.6 billion.

Chief Procurement Officers (CPOs) in the fashion and garment industry still identify Bangladesh as an important apparel-sourcing destination. However, the nation is facing stiff competition from other low-cost incurring nations, which could compound the challenges of the pandemic. The 2019 CPO survey pointed to Bangladesh as among the top global sourcing places, Vietnam was close behind, and was the preferred sourcing country among US executives.

“The report mentions that Bangladesh’s RMG sector remains a strong exporter to Europe’s fashion industry, and has grown its market share significantly over the past decade, this trend may not continue: the new preferential trade agreement between the European Union (EU) and Vietnam, launched in August 2020, could well lead to apparel exports from Vietnam outperforming Bangladeshis. Among the US apparel importers, Vietnam has outpaced Bangladesh’s RMG industry for some time; in 2020; Vietnamese apparel imports into the US were worth 2.5 times higher than those from Bangladesh. As buyers from the US move sourcing out of China, Vietnam is proving to be the biggest winner.”

Observing the decade gone by, the report acknowledges how Bangladesh’s RMG sector has made significant progress in tackling the challenges of growth, particularly in terms of expanding the demography, products, improving supplier and worker performance, and ensuring compliance, with a focus on sustainability of the production process.

The strategy recommended for the sector’s growth over the past decade has been to expand the customer base across countries and work to produce more complex products and prioritize value-addition services. Bangladesh’s RMG sector has increased its customer portfolio to lower risk and adapt to changing demand patterns in the global fashion market. However, Europe (62 per cent of export value) and the US (18 percent of export value) remain as Bangladesh’s majority market, despite dependence on the US has reduced. On the contrary, the report explains that there is still scope to increase exports to non-traditional markets, given that traditional markets are slowing down in terms of growth in apparel retail sales.

Bangladesh’s RMG sector is making progress in diversifying and upgrading its product range and gaining the greater capacity to produce garments from synthetic fibres, produce more complex products such as outerwear, tailor-made wear, lingerie, provision of new wash, prints, and laser finishing. The report added that the entry into these new industries has been catalysed by the changing rules of origin for preferential trade with the European Union, which has allowed the use of imported fabrics. Increase in vertical integration of the supply chain, to ensure that more suppliers are able to offer lead times below the standardized 90-day period.

The report believes that the country’s RMG sector is still heterogeneous in its production line and not only producing similar goods as many may claim. Bangladesh’s advanced manufacturers embody a high degree of entrepreneurship and strategic management. Having firms making investments in productivity acceleration, digital integration, automated production, and increased sustainability. To operate according to international best practices, these have been taken up as staples of the industry. In contrast, the small operators that make up the majority of the market prioritize CMT; due to the lack of financial backing and management insufficiency, which were hit even more by the pandemic.

Other major challenges that have been identified is the lack of worker empowerment in a labour-intensive industry and the gender gap that the garment industry grapples with. The direct transfer of wages to accounts have been introduced, and there have been improvements in employment rights. The report believes the focus should be more on gender diversification, opportunities for upskilling abilities, and career progression. Progress has been slow in these aspects, and the pandemic has halted the progress of many Bangladeshi apparel workers.

International compliance, factory and occupational safety, and transparency are parts the garment sector has shown significant improvements in. Not only safety, but Bangladesh has also established more green-friendly garment factories, more than any other country. These factories’ share of the country’s apparel exports may be low, but a step in the right direction in the long run. The sector’s involvement in climate change and circularity has driven the vision of sustainable production.  For example, through the Circular Fashion Partnership, a multi-stakeholder initiative, the aim is to scale up recycling of production bi-products and wastage. Furthermore, over 1,500 Bangladeshi companies have been certified by the Global Organic Textile Standard, the second-highest number of certified holders in the world. The infrastructural setup, however, remains a poignant issue that hinders the RMG sector. Bangladesh will have to strengthen communication, transport, energy, and digital infrastructure, to ensure its growth trajectory.

The World Bank’s Logistics Performance Index showed Bangladesh fell from 79 in 2010 to 100 in 2018 in the overall ranking, whereas Vietnam improved its ranking from 53 to 39 over the same time frame. On the other hand, several major infrastructure projects that are being developed could significantly improve Bangladesh’s position in the future. These include the Padma Bridge, scheduled to be opened in 2021; and Bangladesh’s first deep-sea port, at Matarbari, expected to be functional by 2025. Given these developments are happening on time, the ranking would improve.

The report forecasts that Bangladesh’s garment sector has the potential to remain as one of the largest RMG manufacturers, and continue its growth. To ensure improvements happen, decisive actions are necessary for several areas to prosper. Bangladesh will need to rise to the challenges of increased competition without preferential access; meeting low-volume demands from traditional customer markets and switching towards a sustainable sourcing and demand-driven model.

“The report analyzes that as Bangladesh graduates from being a least-developed country to middle-income country in the next few years, preferential access to European and other markets is up for negotiation. Additional tariffs would be disruptive for the RMG sector, but levelling the playing field with competing markets could also trigger a much-needed focus on productivity, as well as investment in digitization, automation, and sustainability. The report has cited that Bangladesh ranked only 87 out of 115 countries in the World Economic Forum’s Energy Transition Index; transforming the Bangladesh RMG sector into a climate-neutral industry will be a major challenge, requiring enormous investment in renewable energy and the grid and also gave thrust for regulatory changes to contend with, especially in the EU and suppliers will need to ramp up R&D (research and development) and innovation: to drive product upgrading and diversification in areas such as technical materials and functional innovation; and to pursue sustainability by focusing on circularity, innovative fibres, and operational improvements.”

Bangladesh’s RMG sector has achieved impressive growth and transformation over the past decade, overcoming significant hindrances it has faced along the way. With a new set of challenges set in the midst of a global pandemic and a shifting global apparel-sourcing market. In the years ahead, the industry would need to embrace a more holistic transformation, in partnership with manufacturers, international buyers, worker representatives, the government, and all other multi-faceted stakeholders.

The report was prepared by Achim Berg and Karl-Hendrik Magnus, senior partners in McKinsey’s Frankfurt office, Harsh Chhaparia in the Gurugram office, and Saskia Hedrich, a senior expert in the Munich office and we have used the extracts in this piece. Asad Uz Zaman of Colors reflects on the report. 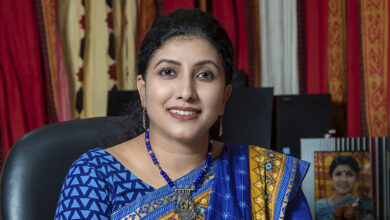 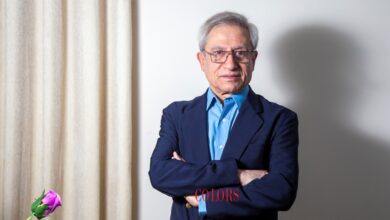 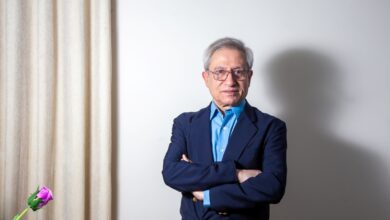 Rising from the pandemic 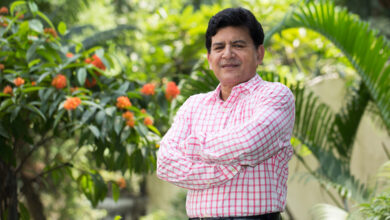