Young, forward-looking, and tech-savvy Shah Rayeed Chowdhury looks back on his journey with the successful fashion brand Noir as he engages in a conversation with Lamyaa Yushra of Colors Plus.

Every success story comes with a behind-the-scene story of commitment, devotion and passion that make them who they are and when they reflect upon it, they can be amusing to them and to their listeners that how far they have come chasing their dreams. One such story is of a young entrepreneur Shah Rayeed Chowdhury, Director of Noir, who was born into a reputed business family of Anwar-ul Alam Chowdhury, Chairman of Evince Group, and Shabnam Shehnaz Chowdhury, Deputy Managing  Director of Evince Group and Chairman of Argon Denims Limited. Rayeed completed his BBA from Pace University, New York, earning a Cum Laude for his outstanding results.

From the beginning, Rayeed had the intention of returning to his motherland and working with his father, a notion that is not followed by many. Rayeed had his own plans. “My aim was to come back and do business because I have seen my father and it was always my goal to be like him, to work with him, to grow with him. So when I went to study in New York in 2010 the first thing my dad told me was ‘Don’t forget why you are here,” he said.

Rayeed knew what his father meant as many tend to settle over there permanently without any signs of returning to the motherland. So, soon after his graduation, he craved to be in Dhaka. “When I completed my studies, I was excited that I was done and it was time for me to go home. I told my mom I am ready to return but my father said I have to do a job first and it’s not so easy.”

Back then Evince used to make shirts for Ralph Lauren and after securing a job in Ralph Lauren Rayeed did not continue rather he took an impulse decision and booked his next flight for reaching Bangladesh because he was impatient to come back and start his life in Bangladesh. It surprised his family. Although his sudden visit was met with reluctance, he succeeded in convincing them that he will take up a job here which he eventually did and got a step closer to his dream. “I got a job at Lanka Bangla and from there I learned a lot about corporate culture and team building. It was excellent. After working with them for one year, I then joined Evince in the year 2013.”

Rayeed eventually took charge of the Garments division at Evince Group as a Director in 2014. He had his influential directions over the core operations of all business concerns of Evince Group which includes EvitexDress Shirts Limited, Evitex Fashions Limited and Evitex Apparels Limited. But there was a void and  Rayeed couldn’t really point out what it was. Joining the business at a tender age Rayeed became a little impatient because he wanted to achieve something with his own capabilities and staying under his father’s shadow is not something he wanted.

“Now I look back and see it was an important period for me. What happened was I always had in me to do something on my own and I told him about it that I need my own identity. I need to have that sense of achievement for my own or else I will have that insecurity for life that I’m using my father’s name to achieve something. If I don’t fall, I will not learn. So, if my father wanted, he could have told me to concentrate on the business. But my father never really pushes me to do something. If I want to do something, he welcomes it. In a way, it has helped me a lot to grow because of that freedom.”

Their initial goal was to set up a shoe factory and Rayeed was not alone. He and his brother Shah Adeeb Chowdhury together conceived the idea for their entrepreneurial journey. But after a lot of market research, they learned that the investment was huge in this sector. Eventually, they had to shelve off the idea with the purpose to visit it someday. Rayeed proceeded to other options and kept his research steady to understand the gap in the market but he was unable to connect the dots as he recalls. “I told myself that if I have to give my time then I should invest my time somewhere where I will get a good return and there will be a value for my time. Plus, I will learn things that will add value to my core business which is garments at the end of the day.”

His mother dreamt of doing retail and it was Rayeed himself who helped her in setting up her own clothing line despite being new in this sector. He helped her weave her dreams that would eventually become a brand as we all know, Noir, a name selected by his mother after brainstorming together which would go on to become his own brand. “What we wanted was a name that is bold and it will stand out. But it had to be short and exactly four-letter word was the guideline. It has to sound and feel good. We came up with a lot of names and from there we shortlisted three names. One was Noir.”

The Banani outlet was launched under the name Noir in July 2014 with resplendent ethnic wear. He found himself to be the missing piece of the puzzle and found his calling. “I was thinking what could be done; I don’t know how but somehow it clicked. I forcefully entered myself into Noir. Through Noir, I learned a lot. It made me what I am, it gave me this confidence, understanding of the market, of garments.”

Rayeed’s story started in a reverse manner–From being a complete amateur, he proved himself to be a visionary leader with a keen notion to move ahead with success. He overcame the challenges. Noir received positive responses from the fashion industry with its sophisticated minimal designs. The inspiration of the designs came from a very close person as Rayeed reminisces, “When I went to meet my wife, Shifa Mamoon for our alliance I wore a very heavily designed Kurta and much to her disapproval, she almost rejected me. So, she gifted me a Panjabi afterwards which she designed herself. I was a bit reluctant because it was so simple –there was nothing. The fabric and the fit were good. That stuck my head and our concept of the Panjabi came from that, to be honest. And from that day onwards we did not change our style for ethnic wear which has served to be our major attraction for men’s collection.”

Reflecting on the challenges that local entrepreneurs face Rayeed said, “Bangladesh still lacks the element of a team that makes a brand. Challenges would be the team because that element is not there. You have to build everything from scratch and train them or rely on imports. It’s because it’s not recognized as a proper industry and people do not understand the concept of a brand.”

With the recent surge in retail sector franchising, Rayeed was ready to act for his next venture. Forecasting the burgeoning prospect in Bangladesh, they took over the operations MINISO Bangladesh officially and now the master franchise of it, a growing retail chain brand which was proliferating across the world since 2013 by reaching more than 100+ countries, with 4,800 stores around the globe. “MINISO arrived from the experience I gained at Noir. Alhamdulillah, I utilized that experience to build MINISO in Bangladesh and currently we have 14 stores.”

In future, Rayeed said, “If I have to say about Noir, the plans were put on hold for obvious reasons. We were supposed to open two stores but anyway, this year we are opening two stores. We are going outside Dhaka for the first time and we are going to open an outlet in Chotogram and another in Dhaka. As for MINISO, we feel there is a scope to grow in a good way so we are planning on opening eight more stores this year. Besides, my brother Shah Adeeb Chowdhury and I opened our own green factory EVITEX DRESS SHIRTS LTD. last year. We set up everything on our own. We started the factory and it is going pretty well, obviously due to covid everyone was affected. And now we are moving forward with that and it was a milestone for us, I’d say. I am trying to contribute to the sector; the young people seriously have to come. If we do not, nobody would give you a place here, you have to take it.”

He went on to say, “For young and aspiring entrepreneurs I have three pieces of observations. Be patient. The problem with our generation is we are too impatient and erratic. This is very important. You have to give yourself time and trust your own journey. Secondly, don’t take anything personally. People are so sensitive these days that you can’t talk to them without offending them. This generation has to chill out, it is difficult if one is so emotional. Take things professionally, don’t take them so personally. And thirdly, you have to understand what you are about to commit to. The journey will not be easy, you have to understand that. It is supposed to be difficult, if it were easy then everyone would have done that and it’s not for everyone. If you feel like, it’s beyond you then don’t let it get to you. You will have obstacles but you have to move forward.”

“Build a brand and make sure it stays,” Rayeed added.

Walking in the Family’s Footsteps 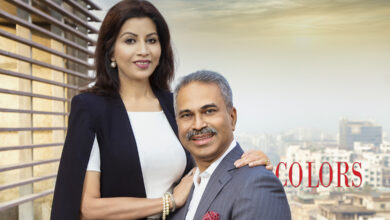 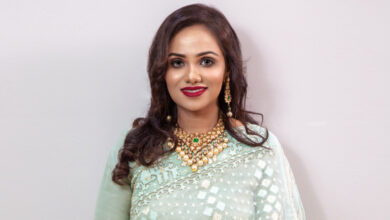 Telecommunication Dynasty made at home 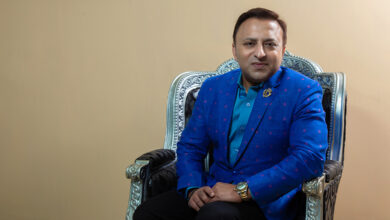 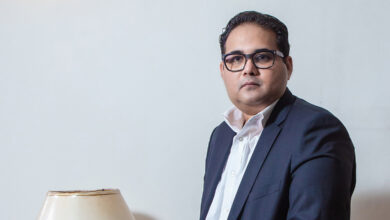