To some he is a restaurateur, to others, he is the country manager at Cotton USA. A multitasker, Ali Arsalan has carved a niche for himself in both the food industry and the cotton sector. Lamyaa Yushra of Colors has had an inspiring tête-à-tête with the colourful personality over a cup of coffee.

It is difficult not to notice him for his blithe demeanour. Ali Arsalan is one in many: a restaurateur, a country representative at Cotton USA, a disc jockey by hobby and an enthusiast of interior designs. Possibly for his cheerful indifference to life, his father introduced him to the cotton sector and familiarized him with this line of work without pushing him into this business. ‘My dad knew there were some people looking to hire someone Bangladeshi with western experience and I fitted into that criterion. It was never an obligation that I had to do or anything of the sort. It’s like he showed me a road and it was up to me whether I wanted to take it or not.’

Arsalan completed his schooling from Scholastica before being enrolled into a school in London for his A-levels and finally, he got his Construction Management degree at University College, London (UCL). Although initially, he wanted to pursue his studies in Civil Engineering but after a year he changed his major to solely focus on Construction Management. ‘I had a very utopian idea that I would come back to Bangladesh and try to fix the roads but when I came back, I realized that it’s not my cup of tea. But thankfully massive infrastructure development projects are underway and once completed Bangladesh will enter the next phase of growth trajectory,’ he added gaily.

It has been well over a year that he is working in cotton but for an organization called The Cotton Council International, a non-profit organization with an aim is to promote and facilitate the use of US cotton. ‘Usually when I go to people now, they kind of look at me a little surprised because I am not selling anything. We don’t charge for our services. We just introduce customers to high-quality US cotton and expect them to use them in their factories.’

The Cotton Council provides a range of free services including organizing conferences, sharing knowledge. They even organize virtual vendor visits for renowned brands mainly from Europe and introduce them to factories in Bangladesh through HoloLens. It’s like a virtual reality helmet with a high-resolution camera. The high-resolution camera helps one see the fabric quality and the way the material falls. As the brands are unable to travel because of COVID-19, this is a very interesting way for them to see garment products. This service is completely free. They set up meetings but do not involve themselves in business deals. He said, ‘whether the factories have any business or not it’s entirely up to them. We don’t take commission for anything. We are just there to facilitate, advise and help. Then we bring in experts from abroad, so if a spinning mill has a problem processing US cotton we can bring in a consultant from abroad. They can stay in their factory for 7-10 days whatever improvements that need to be made that will be made and again there’s no cost for this. So, that’s now my main work other than that of running Izumi, which I started 11 years ago.’

A high-end restaurant specializing in Japanese cuisine Izumi was launched back in 2010 by Arsalan along with a quadruple of partners. It wasn’t conceived out of passion but rather because he wanted to do something fun and owning a restaurant at the time suited his mood. “I didn’t have any idea about the restaurant business but as we got into it, gradually by managing the business we learned everything. We are very lucky that we have a great Japanese chef and that has made our life a lot easier. One of our main partners Sadat manages the place on a day-to-day basis. I look at more of a macro kind of marketing and strategy but he’s there day in day out on the floor, sometimes even serving customers.’

In service business, he believes, ‘you can’t just expect to put up a business and throw some money at it and hope that it will do well. You either need to put in the time yourself or you need to find a partner or an employee who has vested interest in the business and has some kind of a profit-sharing for everything to really drive them and give them the motivation.’

Apart from being involved in a desktop profession, he is an occasional DJ with shows being held in Thailand and Berlin and has organized events in the city too. It’s a hobby that he pursued out of a pure passion for music.
The shows are very underground. The last one he did was in early March at the Westin rooftop and the other one was at the end of December last year at Banani on a commercial rooftop. It was only promoted through Facebook groups, through friends of friends. ‘So, it’s not promoted openly. I don’t do it for money, it’s just for the sake of having fun and being able to do that. The other thing is that I prefer daytime sunset things now because I have a son who is 8 months old and most of my friends have children also so we don’t like to stay out at night because it means the next morning is going to be very difficult. Your children don’t care where you were last night. (laughs) So yeah, it’s nice also to see things evolving and people growing up but still being able to have fun throughout the journey.’

One of the beauties of living in Bangladesh is its untapped market and the ample amount of opportunities to become whatever a person aspires to be. ‘For example, if you want to open a Japanese restaurant in Mumbai or Delhi there’s already a lot of competition, it needs hard work to get into that sector. Here, you have greenfield. Though you have to do everything by yourself, there’s the reward also of pioneering something, whether it’s being a DJ who doesn’t play chart music or whether it’s opening a new type of restaurant.’

Fifteen years in an industry allows you to have your own perspective and the set of skills one might master at. Arsalan explained the most important aspect of being a country manager is to be as convincing as possible. ‘I think one of the most important skills I picked up is how to sell myself. When you are giving a presentation in front of people who don’t have much time, have a very short level of patience and in that short time span convincing somebody is challenging. What is most important is to be sincere and transparent.’

The challenges keep changing. He said, ‘What works in another market may not always work over here. So, I think it’s at times a diplomatic role where you’ve got to balance, you know, what your company’s trying to do versus the feedback that you are getting from the customers here. Being a country representative means you’re on the frontline and sometimes the people sitting abroad don’t always understand the full nature of a situation without being present in person. So, it’s a balancing act but it’s one that I enjoy.’

The pandemic may have brought about a round of changes in businesses but as slowly we adjust ourselves to this new normal some businesses did suffer in the last one year while others were hanged by a thread to survive during the pandemic. He is no exception. He shared his insights and what were the changes that followed and what is the priority to hold on among the chaos of time. “Being the owner of Izumi I see the nature of the service industry and how that’s being impacted. I think we are very lucky that we started Izumi 11 years ago, so we are in a much better position to absorb the losses of the lockdowns but newer restaurants are not so lucky. Again, we are lucky that Izumi is not a crowded restaurant or it was never a restaurant where the tables and the chairs were too close together.’

As much as he prefers to have a balanced life, he quipped, he’s always on his mobile and how technology may have hooked the generation to answer a text rather than talk to the person next to you, so juggling work life and personal life becomes somewhat difficult as he tries to do everything at once. ‘I think we need to try and bring a little bit of structure into how we use our mobile devices and that will really enable people to even take an evening off and switch off completely and that really helps.’

Besides being a charismatic entrepreneur and a country manager, he enjoys playing golf and music. But most importantly he is a dreamer, an optimist and has very good hopes for Bangladesh. He strongly believes that the country is heading in the right direction and thinks ‘more people would give the place a chance.’

Picking up the Baton 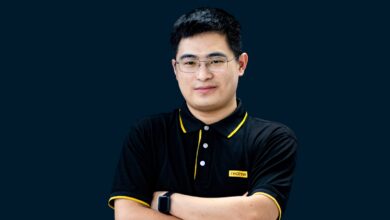 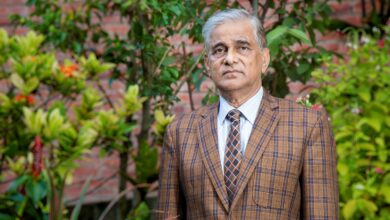 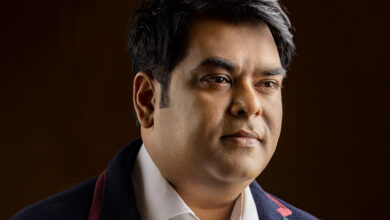 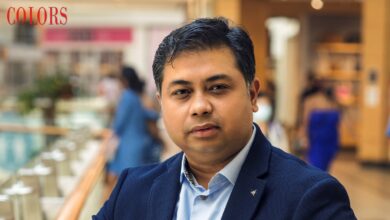