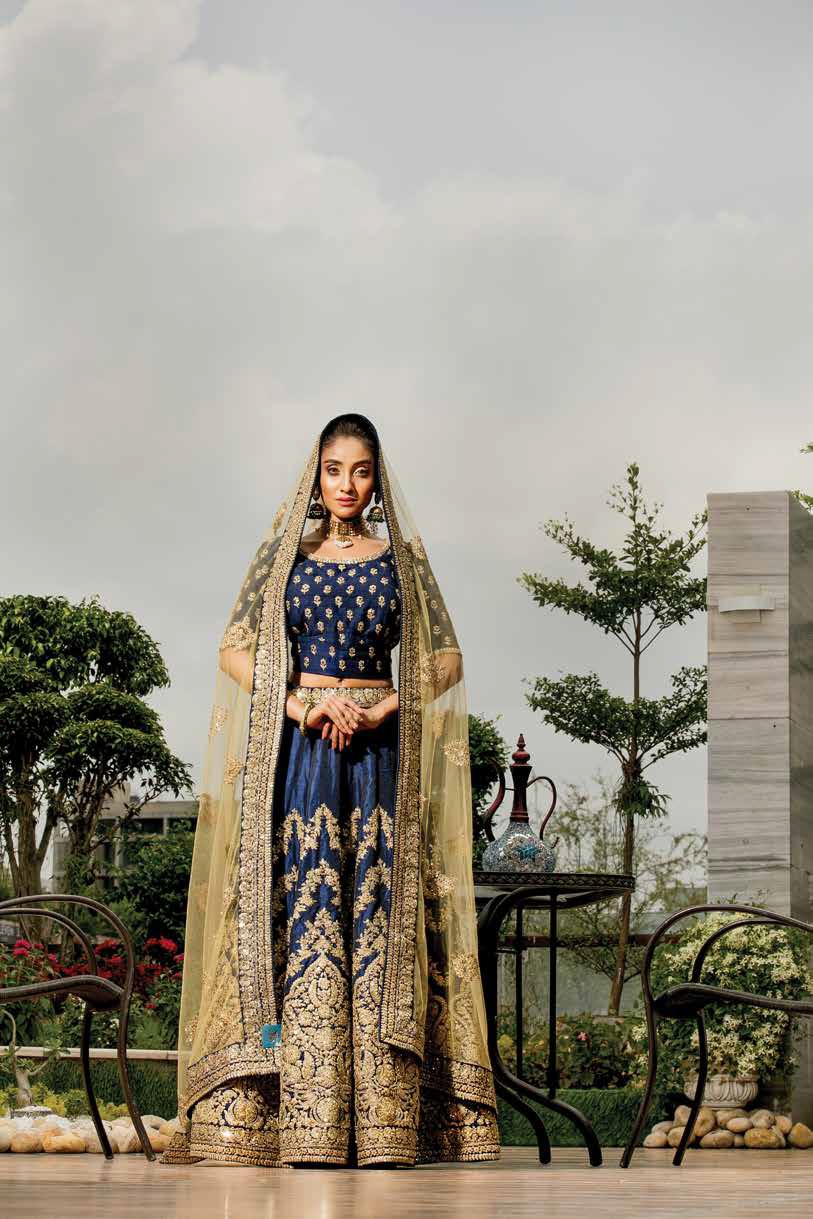 DESAR, a fashion house spinning trendy attires out of ethnic traditions has made its appearance in the city as a viable new brand. The store captures attention with an exclusive range of lehenga, party gown, sari and kameez for women as well as punjabi, koti and kurta for men. DESAR brings the best quality festival dresses, presented in the most sophisticated designs, to the shoppers. Their products generally comes from the most sought after producers of haute couture all over India and at the same time from their own production facility in Bangladesh. Thanks to the creative designers team of DESAR, ethnic wear becomes the staple, especially during the festivals, for retailers to gain scale by taking advantage of the shoppers looking for something extraordinary.
DESAR is the dream project of Rakhshanda Talukdar, the owner and design head of the organization. Having secured unconditional support of her husband Mirza Faiyaz Hossain, who has already been involved in the family’s garment business, Rakhshanda set out to build a thriving brand in the market.
“In 2017, the concept of imported ethnic wear seemed a bit out of the ordinary,” says Faiyaz. “We at DESAR see it differently, more like an opportunity — not only to build a business but also to bring about a positive change towards a mix of trendy and ethnic fashion in our country.”
Cut to 2018, one can now physically explore their very own space — the brand has an outlet in Banani that takes up 3,000 sq ft to present their clotheslines. The interior design concept they devised was motivated by a dual tendency — they wanted it to be both functional and aesthetically pleasing. The main feature of the store is the “product of the day” corner where they show the best designs of the day. The space is indisputably inviting and impressive.
DESAR has its own design and manufacturing team which is relentlessly trying to evolve into a top-notch designer brand by sticking to a standard consistent with their nature of creativity. Flourishing as a fashion hub for the Dhakaites not only because its diverse collections but also for its ability to leave an impression of genuineness in their clients’ mind. They also boast an amazing after-sale service. Thanks to DESAR, one can now find his/her desired look just by visiting around the corner and enjoy all the facilities that one expects from an international “made to measure” store.
While the company started off as a retailer of mostly women’s wear, with ornate embroidery meant for occasions like weddings, it has since expanded its range to include dresses for festivals like Eid-ul-Fitr, Eid-ul-Adha, Durga puja, national events such as Pahela Baishakh and even Independence Day. It has also sought to popularize ethnic wear for everyday use through lines of cotton kurtas and pajamas.
In this Eid season, DESAR has a huge array of ethnic wears for Bangladeshi shoppers. The new arrivals are kameez, sari, punjabi, koti and lehenga.
In the kameez section, they have unstitched kameezes ranging from BDT 2,995 to 20,995, stitched kameezes from BDT 4,195 to 10,995, kurtis from BDT 2,595 to 9,995 and gowns from BDT 10,995 to 42,995.
As for saris, DESAR have traditional sarees from BDT 10,995 to 1,08,995, designer party saris from BDT 9,995 to 84,995, fancy party saris from BDT 3,995 to 10,995 and wedding saris from BDT 29,995 to 1,00,995.
For party lovers, they have brought an array of lehengas, which include casual party lehengas from BDT 16,595 to BDT 39,995 and bridal lehengas from BDT 54,995 to 1,89,995.
To fulfil men’s fashion desire, they have brought traditional punjabis ranging from BDT 2,995 to 7,595 and trendy punjabis from BDT 1,495 to 2,595.
Finally, they have extraordinary collection of kotis both for men and women. Solid kotis ranging from BDT 4,095 to 4,695 and printed kotis from BDT 4,495 to 4,995.
The collection comprises of distinctly designed fabrics of silk, lawn, organza, chambary, chiffon, cotton and Jacquard pieces that have been further developed using intricate zardozi handwork, hand painted borders, hand embroidery patches and borders. The diverse nature of DESAR’s collection is a reflection of the elements which are a tribute to the diverse ethnic traditions of the South Asian region entrenched in the aesthetics of the people.

Get into the Slab at Marble Slab Creamery

Breaking into Your Grandma’s Closet

Caring for Your Leather Items