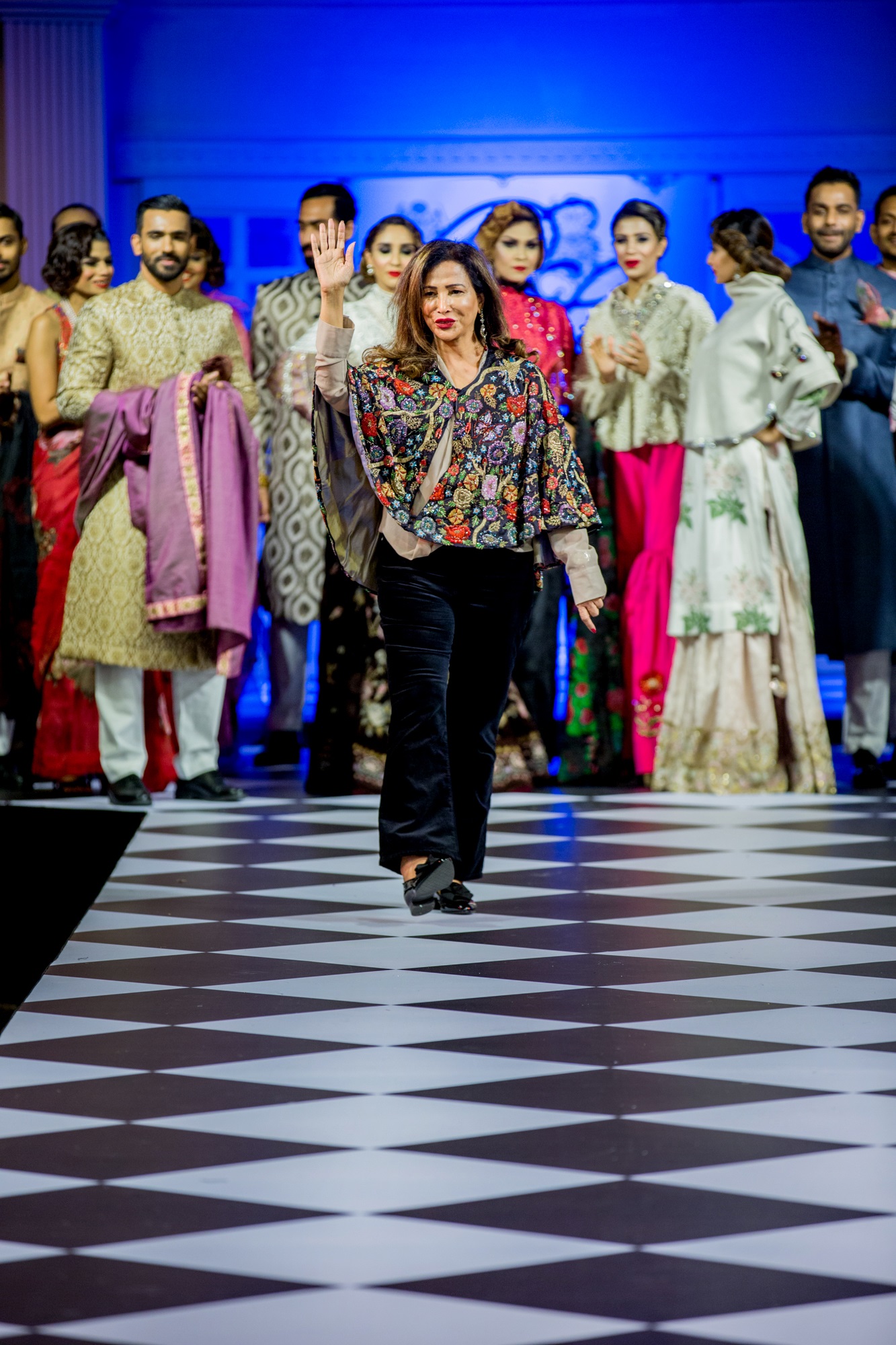 The personae behind the paradigm

Rina Latif, the fashion designer famed for her eponymous line of haute couture, holds out a distinct way of looking at women’s attire. The grandeur her clothes attain is reinforced by an imaginative prowess, for they attend to qualities others only dream about. Worked on over the last two decades, her unique oeuvres have redefined “Bangladeshi fashion”. To evaluate her creative journey one must look at the trajectory in relation to her inventiveness rather than against the trite spectrum of wares developed by all and sundry. By overcoming what is generic and conventional, Rina Latif has become something of a phenomenon, a name to be reckoned with, in today’s fashion business.

A self-proclaimed “jeans person”, Rina feels that all her concoctions represent “only herself”. “It is only me,” she points out. Such a bold pronouncement about her own creations may lead to a range of misinterpretations in this era of market chauvinism. However, after an hour or so spent listening to this ace designer reflect on her work processes and goals one comes away with a better understanding of the creative personae at work behind the expanding fashion empire. Beneath the apparent mask of artistic egoism lies a sincere artisan trying to thread meaning into the impassioned investment of creativity and labour that she and her team of seamstresses, cutting masters and managers are responsible for.

Though she apparently possesses an eccentric and dissenting mind of an artist while her craft involves routinized operations and minute attention to detail, her enterprise can only be defined as “a labour of love”.
“I am a daughter of a tailor,” proclaims Rina. “My father was one of the first few people who understood early on the potential this country had in the garment sector. The enterprise he developed in Chittagong was unconventional since it started from a scratch and was built on trust that he earned of his employees. He was aware of the reciprocity of relationship between the entrepreneur and the workers.”

The daughter takes after the father. Rina’s is a concept of a “local brand” that eyes the expansion of the horizon — the push is obviously towards a global audience. This, perhaps, resulted in the mercurial treatment of the fabrics in use and the first-rate skills that go into the making of the clothes, of which the latest edition was recently presented at a gala staging of models on the ramp at Dhaka’s Radisson hotel. Following the event, before the evening ripened into night, all her carefully crafted clothes were sold.

The Return of the Prodigy

Rina Latif, the veritable nonconformist of Bangladesh’s rapidly expanding fashion industry, returns to the ramp after 18 years. As the conceiver of a high-end clothesline she has always displayed a strong resolve to dodge the usual morass of “culturalism”. When many of the fashion aficionados are trapped in what Rina dismisses as “na ghanta, na gharka” (lit. neither of the locale, nor outside), she displays a genuine affection for the land she was born and brought up in. Unlike the haughty upper-class victims of globalised market, an ethics of memory informs her sense of navigation. “We often forget that this is the country was once famous for its finest cottons and silks. I hate polyester since it lacks the authentic character of cotton and silk,” explains Rina whose inspiration has always been grounded in real-life experiences. “I was once awestruck by the kind of Ghaghara an alms-seeking little girl on the street of Udaipur, India, was wearing,” she says in her attempt to clarify her position vis-à-vis the emergent fashion and her place in it.

The belief in “fairytale” and a taste for the “out of the ordinary” is perhaps linked with her upbringing. The cultural richness into which she was born now makes her appreciate diversity and dynamism. “I traveled around the country. At one point I was also wondering if I could meet artisans whose ancestors’ figures had been cut off by the colonizers. And I know that the fine cotton I started to work with is not muslin, but I gave it the name muslin. Nobody back than was even thinking about it,” Rina recalls. Her claim to the heritage was a way for her to source the best available material of the land.

The designer who regularly enacts her fairytale ideas of wearable clothes on both national and international arenas, catering primarily to a select audience who can afford high fashion, never lost sight of the local cultural wealth. In fact, her rise is linked with her discovery of khadi. “When I discovered aadi khadi in Comilla twenty or so years back, I was bathing in the joy of discovery and was enthralled by the beauty of the fabric,” Rina recalls. Her position has always been that of “a romantic interpreting the vast treasures of culture.”

Romanticizing about the existing culture and tradition is her obsession. The elements of design ” already exist in the culture,” Rina utilizes them in her own terms following her own romantic principle. She never swerves from her objective. “While others are laboring to be in alignment with the going trends, I am here to dictate the trends,” Rina says. “The only puzzle about my undertaking was initially centred on the sole issue of “how she could afford it’?” Rina speaks her heart out on how people reacted to her effort.

Dwelling further on her motivation and initial struggle to launch her fashion line she recalls how luck favoured her. “I sewed 45 pieces pouring into them all my energy and creativity, all of them were sold. This brought me cash which I could invest in a small start-up,” she adds. Her dream engine is now big enough to accommodate 500 workers who are well paid and are known for their excellent ability to imbibe and interpret what Rina might conceive in a few sketches on her drawing boards.

Though, Rina’s entrepreneurship was launched with Bangladeshi fabrics, her dream has been to transcend the bounds of national culture. While many a designer was satisfied by occupying a certain niche in the market, she always craved for more. Her resound success in the fashion industry is thus linked to her belief in “wearable art”. “Everything is art; and, looked at from another perspective, everything is science,” she posits.

A college dropout, Rina Latif never completed her course in fashion from a university in Dallas where she was allowed admission after her father gave up on the idea of seeing his daughter in the mantle of the law. Always life-affirming, Rina, the anchor behind her clothesline, has developed a habit of skirting round the sterile model of market-driven variety of attires. She is a vibrant present in the thriving fashion market, like a star shooting across the universe.

The diverse nature of DESAR’s collection

Breaking into Your Grandma’s Closet

Caring for Your Leather Items