The United Nations World Food Program (WFP) has been helping Bangladesh since the 1970s and has witnessed the nation’s growth into a booming economy. WFP’s Richard Ragan speaks to Ziaul Karim about how the UN agency, and of course he himself, sees and experiences this ever-evolving country.

The Person
The outdoors significantly molded Richard Ragan’s lifestyle and his personality. Growing up in Mississippi and Louisiana, frequent trips to the mountains and coastal areas defined a major part of his life. Surfing, mountaineering, snow skiing, and later snowboarding became a natural part of Ragan’s life.

While living in Nepal for five years, he worked as a heli-ski guide, taking clients on trips into the world’s highest mountains. Using helicopters, skiers would ride untouched snow in some of earth’s most difficult-to-reach places, riding down Annapurna 1, 2, and 3. Richard also climbed Manaslu, the world’s 10th highest mountain, twice.

His love of the sea and surfing stems from his childhood in St. Augustine, Florida where he and his brothers spent time exploring and playing in the Atlantic Ocean. His love of adventure stayed with him, and it drove him and shaped his life. The only constant in the life of a diplomat is change – before one has time to get comfortable in a place, to know it intimately, it’s time to move, to start afresh. Every new post presents new opportunities and challenges and adventures. ‘I think my mantra is to be a little bit scared every day. I like to be faced with the unfamiliar on a daily basis. I think when life becomes routine, one slowly begins to wither away. So, having something new to constantly stimulate you is important. We have to find our bliss, that thing or things that you’re extremely passionate about. Something that you can do over and over, something that never grows old. Picture how happy a child is learning something new.” The unknown, and the willingness to see the world through a different lens, has kept Richard Ragan motivated and inspired and energized.

Ragan’s Work across the Board
True to his desire for adventure and his comfort with stepping outside his comfort zone, Ragan joined the US Peace Corps in 1987 as a volunteer. He was sent to Quirino Province in the Sierra Madre Mountains of the Philippines, where he lived among the Ilongots, the last of the headhunting tribes. He worked as an agricultural extensionist, focusing on agriculture and land reform issues for the semi-nomadic Ilongots, to help them protect their ancestral land. He lived among the Ilongots for nearly three years.
Following this, Ragan moved to Washington D.C. and worked with the US government, initially for the US House of Representatives Veterans Affairs Committee and later as a Foreign Policy Aide under Congressman Les Aspin when Bill Clinton became the US President.

Ragan held multiple positions in the Clinton Administration. He began as an official in the Department of Defense, as a Director on the National Security Council, and later as a Deputy Assistant Administrator at USAID. While at the Pentagon, he led the team that made the blueprint for the Humanitarian Daily Ration (HDR), ready to eat portions of food that were culturally appropriate, in damage resistant packaging, that were first deployed over Bosnia during the Balkan war. The HDR has become a staple line of action for the US military in humanitarian crisis situations. While serving as the Director of Democracy, Human Rights and Humanitarian Affairs to President Clinton’s National Security team, he became the first White House official to visit North Korea.

He also was in charge of the government’s food and humanitarian aid programs while serving as the Deputy Assistant Administrator in the Bureau of Humanitarian Response (BHR). Ragan played a significant role in providing food relief in China, Kosovo, and East Timor. After the 2000 US Presidential elections, Ragan left the US government to join the United Naitons World Food Programme, and has been doing Representative work across various nations ever since. Bangladesh is the sixth nation he has worked in.

As a Representative, Ragan also ran the Ebola operation for the UN Secretary-General in Liberia. Before coming to Bangladesh, he left the UN for a stint in the Private Sector as a Senior Director at Vulcan, a company owned by Microsoft co-founder, Paul Allen.

The Bangladeshi Basket of Work
The role of WFP in Bangladesh has completely changed over the decades. In the early years, the focus was on how Bangladesh and its people needed sufficient nutrition, food security, livelihood support, and disaster response. From the WFP perspective, Bangladesh always had the biggest, most creative approaches to challenges, and was always considered a leader in the fight against hunger. Today, with graduation to middle-income status, Bangladesh stands out as a model in this regard. 50 years ago it would have been unfathomable to think that Bangladesh would be a food exporting nation.

‘I always say we’re probably the only UN agency that really touches everybody. Because everybody has to eat – young, old small no matter who you are. So, food is an entry point for us to touch people in every way. Now you’re an exporter we have to think differently about how we do things. So, we had really begun to transition before I arrived, on really enabling the government to do things; our programs have shifted more to capacity strengthening, enabling, working on systems with the government, trying to introduce new approaches to problems. Taking examples of what we’ve done in other countries and exposing the government to those examples so they can implement their own programs. That’s a very big shift in how we think.’

Ragan’s observation is that Bangladesh has not only improved in terms of its GDP and reduced the percentage of ultra-poor, but technology and digitization have accelerated growth. Bangladesh is now a mini Silicon Valley, providing labor for technological advancement.

Population, the Backbone of Bangladesh
The young generation has quite a few unique features, Ragan thinks. ‘Think about how your children or your grandchildren communicate now. My children, you know, function in a very different way from the way I did. My generation got our information from TV but children don’t watch TV nowadays. They consume information in a much different way, in much smaller bites; the programming is more democratic. It’s not controlled by networks. It’s not produced. They see content through Vines, tik-tok, YouTube, and Snapchat. Ask yourself why Facebook is so popular in Bangladesh. Because it’s a democratic platform for people to express their opinion, and a place where they get to share their ideas and their experiences.’ This is the sort of space WFP also wants to engage in. We recently rolled out a new social media platform called Straight Outta Rasta that explores the intersection of food, culture, and society.
The nation’s population is itself extraordinary to Ragan. A country of 165 million isn’t small and considering that the land people live on is equivalent in size to the state of Iowa, only one of 50 States, is mind-boggling. So many people in such a small area puts pressure on land and on resources. Hosting the Rohingya refugees is one such pressure, but even with this there is opportunity.

WFP spends nearly USD 1 million per day to feed the refugees and Bangladesh businesses are the main beneficiaries of this spending. WFP provides food through E-Voucher shops with food in those shops coming from local sources. Bangladesh vendors provide 19 different items to the refugees through a multi-wallet digital card, which looks like a debit card. There are multiple organizations doing their part, like UN High Commissioner for Refugees, International Organization for Migration, UNICEF, and large NGOs like BRAC. BRAC is by far the largest with around 10,000 employees working at the field level, so Bangladeshis are benefitting in many ways.

The host community in Cox’s Bazar also benefits from employment opportunities and there is a pretty significant investment in the local economy. All this translates to good things for Cox’s Bazar, home to the longest uninterrupted natural sea beach in the world. There is truly lots of untapped potentials there.

The Prospects
As far as countries go, Bangladesh is pretty young, especially when compared to the US or other older nations. The people have a strong sense of national identity – not only patriotism, but also an intrinsically artistic ability. They create everything with care and passion that is uncommon, from taking care of their houses, to adding artistic touches to different parts of their homes in rural areas. Ragan sees a lot of similarities between Bangladesh and Nepal in terms of interpersonal ties. The warm welcoming nature of Bangladeshis is something that is very obvious. Uncharacteristically for someone who rarely feels at home, he feels at home in Bangladesh. People always a smile and offer a warm welcome. They never turn anyone away and make everyone feel like they are coming home.

Portrait of an Art Collector 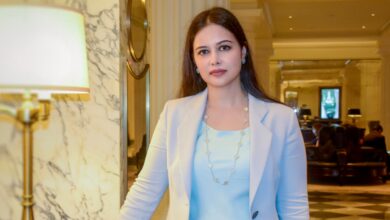 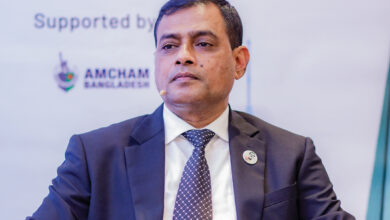 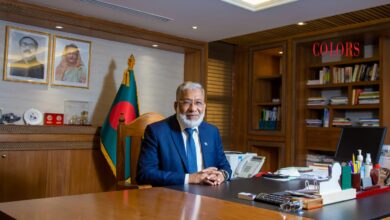 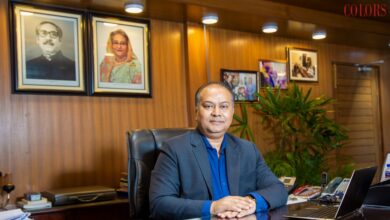