Some people take initiative to bring a balance between fashion and ecology to create and promote a culture of sustainable fashion. Mahenaz Chowdhury, designer and creator of Broqué, shares her story with Tunajina Islam and talks about how her brand, Broqué, comes about.

Broqué is a brand that upcycles, then sells clothes while focusing on creating a lean and transparent circular fashion establishment in Bangladesh. Being the first of its kind, to truly upcycle fabric and accessories to create a completely new shelf life of these pre-existing fashion merchandise. According to the entrepreneur, the vibe is chic, street and vintage inspired by the golden eras of the 1980s and the 1990s with an aim to be gender-neutral whenever possible. In other words, you wear a one of a kind, limited edition Broqué designer wearable art for all genders. ‘ I make one kind of a kind, wearable art. It’s a collectible. Because everyone is unique. It’s an era of individualism and speaks with fashion about the lifestyle choices they make. It is a sustainable approach to move away from fast fashion. I just wanna make art and great designs. ,’ says Mahenaz.

People cared about what they wore and thought about handing it down to later generations as a golden token of legacy and love. Broqué exists to brush the dust off this fast eroding culture expedited mainly due to cheap, poor quality products available in the market that can be replaced after five washes. ‘Through my work, I just want to empower people in making a conscious and informed choice about their next purchases. By sustainability, I am focusing on creating awareness on repercussions of fast fashion and what it does to the local market and environment so people become conscious about their fast fashion purchases. Secondly, my goal is to establish a second life to each pre-existing fashion merchandise so we are not polluting the environment with landfill and water body pollution,’ she explains.

Mahenaz mentions that her inspiration for every piece she creates comes from her late grandmother, Rozina Monsur, who was a poet, a singer, a sitar player and a mother of four kids in the 1960s. Rozina Monsur’s simple majestic style has been integral for Broqué and she is a phenomenal source of creativity and strength for Mahenaz. ‘My childhood memories growing up as a 1990s kid, bombarded with cartoons and traveling between Dhaka and the tea gardens at Sylhet also provoke my inspiration.’

Though Broqué is wielding more fans and appreciation by the day, according to Mahenaz, the problems arise when people confuse alteration with creating a totally new outfit. The amount of effort, time and planning it requires to strip apart an old fabric and then turn into something else is the same as making a new attire. Secondly, the concept of wearing second hand or upcycled is frowned upon and termed to be cheap in our community. ‘But it simply means being fashionably broke. It encapsulates my way of being.’ she chuckles.

Mahenaz has come a long way since the beginning of her journey and she has much to show for it, namely, being published in the CSR report of Bangladesh publication 2019 as a young entrepreneur making a way in a sustainable fashion. Another one would be, taking a shared shop in the heart of Banani as a physical outlet, in 2019, situated in Block E, House 142. Her ambitions don’t stop as she wants to see Broqué be the top upcycle luxury label in Bangladesh and globally in the coming years! 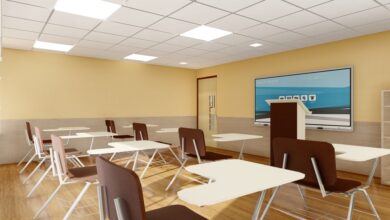 What difference does a Smart Innovations School make?