Upon being questioned whether the tightening of monetary policy in order to stabilize inflation, hamper the growth of the country in the process, he stated tightening bias does not necessarily mean tight monetary policy. The high reliance on imported goods, which results in imported inflation, supports the existing inflation rate rather than the domestic price level elevation. Bangladesh Bank has adjusted the policy rate upward to signal the market that banks will be adopting measures to curb inflationary pressure. Simultaneously, to ensure, that predicted growth momentum is not hindered, Bangladesh Bank must also address predictive ways to expedite productive activities and monetary flows to the priority sector.  In other words, it intends to discourage unproductive financial flows to tame the demand side pressure. Furthermore, it assures the required flow of funds to the productive sectors to ease supply-side conditions and support the country’s long-term growth aspirations.  To some extent, it may affect the economy. Regardless, the pace at which the economy is progressing suggests it may not be an event of certainty. Besides, many productive and employment generative opportunities have been established to raise the living standards and condition of the country. As far as growth is concerned, only if there is a recession on a global scale may Bangladesh face an upheaval. Furthermore, banks must determine more ways of increasing liquidity other than direct liquidity support to sustain efficient money market functioning. During the Covid-19 period, stimulus packages have been offered by the Bangladesh bank as well as the government in regard to making sufficient loanable funds available.  The central bank also ensured that all the necessary policies and funds for other banks to function smoothly. Liquidity is a crucial factor to enable the money market to operate efficiently.  There has actually been surplus of liquidity in the system back in 2021. Starting of 2022, the liquidity condition requires replenishment.  It is partly because Bangladesh Bank had to inject a large sum of dollars into the market to tackle exchange rate pressure. In that way, significant amounts of domestic taka were withdrawn from the market,  creating some liquidity tightness in the system.  Bangladesh Bank’s target is to keep the liquidity at normal level.  So the ways the banks can resolve such issues is by seeking inter-bank money market, participating in BB’s repo operations, and attracting deposits from the savers.   Besides, various  refinance lines of credit from Bangladesh Bank is also indirectly helping to ease the liquidity condition. Recently, it has been reported that a fall in private sector growth is eminent. However, private sector itself enables an economy to thrive occasionally, so the occurrence of crowding out does not seem to improbable, granted public sector is tied to many projects. To which, Habibur Rahman, contradicted and added, most people, including journalists and reporters misinterpret the target. The private sector growth projection for this year (FY2023) has been reduced from 14.8 percent to  14.1 percent. The real growth, however, was roughly  13 percent in May 2022. That means the private sector credit growth target is set at a higher level than the actual level prevailing at present. It implies that rather than restricting private sector growth, it is hoping for positive growth in return for the support it is providing. In short, Bangladesh Bank is maintaining higher expectations to give relevant economic sectors an opportunity to persist, thereby allowing both the public and private sectors to have holdings in accordance with the strategy.

After shedding light on the growth prospects of Bangladesh’s economy, Habibur Rahman, examined the exchange rate of the country. As it is already known, that the world has experienced a deterioration in its currency value, and Bangladesh is no exception. To eliminate trade deficit owing to depreciation, Bangladesh needs to minimize balance of payment pressure, consequently, reduce the demand of foreign currency that surpasses its supply, focus on product diversification and market diversification. Another way is to let the market forces settle the differences in the disequilibrium of currency. It also must emphasize on import substitution by introducing new lining of domestically produced products. Even though confusion may arise regarding whether import substitution could possibly result in a lack of specialization and comparative advantage, Habibur Rahman, confirmed that, it a temporary measure undertaken to prevent the import of some unneeded goods. Therefore, specialization and comparative advantage of Bangladesh may not be affected as the government is well-aware of the export and import pressure. Furthermore, queries concerning Bangladesh’s foreign reserves were also raised. Habibur Rahman, responded, that the level of international reserves and  the buying and selling of foreign exchange is a regular work for Bangladesh Bank. When it makes a purchase, reserve increases and while it makes a sale, reserve decreases. Last year, Bangladesh’s net buy was around 7.7 billion  USD from foreign exchange market compared to its net sell of 7.4 billion  USD in the foreign exchange market to combat recent exchange rate pressure. In order to keep exchange rate stable in terms of appreciation and depreciation, Bangladesh bank has had to step in to maintain exchange rate stability. Currently, reserve is around  40 billion USD which is lower compared to last year as at present sales are being conducted.  Capacity of borrowing from foreign sources indicates Bangladesh is in a safe position. Historical data on deficit financing from external sources is gradually declining as country’s dependency on foreign resources is minimal.  It was possible due to internal capacity mobilization improvement. Therefore, Bangladesh is in an affordable position in terms of reserves, and continuous efforts are there for  the improvement of internal capacity as well as resources mobilization.

Then, followed a detailed discussion on Bangladesh’s budget and whether it may be successful in offering emergency loans as well as tackling macroeconomic issues. As per Habibur Rahman’s views, Bangladesh is a highly credit worthy country. It has never failed any installments of foreign loans according to IMF. Besides, IMF also provides Debt Sustainability Analysis of Bangladesh in every year. According to the latest “STAFF REPORT FOR THE 2021 ARTICLE IV CONSULTATION—DEBT SUSTAINABILITY ANALYSIS”, Bangladesh has a low overall risk of debt distress, because the total public debt in Bangladesh stood at about US$147.8 billion in FY21, around 41.4 percent of GDP. The majority of public debt over the last decade is domestic and denominated in local currency. In FY21, domestic debt was 58 percent of the total public and publicly guaranteed (PPG) debt stock. External PPG debt stood at US$62 billion in FY21, around 17.5 percent of GDP. External medium- and long-term (MLT) PPG debt has helped finance infrastructure projects and is expected to decrease gradually from about 16.9 percent of GDP in FY21, to about 11.6 percent of GDP by 2042. Despite several new infrastructure megaprojects, the larger share of concessional external borrowing has helped external PPG debt-to-GDP ratio remain on a downward path.  All external debt indicators are below their respective thresholds under the baseline and stress-test scenarios. Therefore, emergency loans can be funded with ease.  As of present, everyone desires to know if Bangladesh’s budget is sufficient when it comes to resolving macroeconomic issues. The macroeconomic objectives consist of reduction in the inflation rate, enhancing domestic investment, financing subsidy required for the rise in the price of gas, power and fertilizer in international markets; utilizing funds available through foreign assistance and ensuring timely completion of high priority projects of ministries/divisions;

ensuring timely completion of projects in education and health sectors; increasing collection of local Value Added Tax and raising the number of individual tax-payers and maintaining stability in the exchange rate of taka and keeping foreign exchange reserves at a comfortable level as of FY2022-23.

The budget has outlined strategies to face those challenges efficiently since it comes with the intention of carrying forward growth momentum to protect the vulnerable people from any probable economic crisis. Therefore, certainly Bangladesh’s budget ambitious, rightly outlined and is adequate to overcome the current issues of the economy if it is implemented properly.

Overall, the economic activities of Bangladesh remain vibrant and robust till today.  There is no sign of downfall.  Present load shedding is also temporary used to mitigate international high fuel prices as part of our electricity production depends on the fuel. Government has chosen to adopt the austerity measure to reduce pressure on the foreign currency as the current load shedding is consequence of worldwide price hike due to shortage of energy resources. Once, fuel price in the international market becomes normal electricity production will surely reach to its normal level. 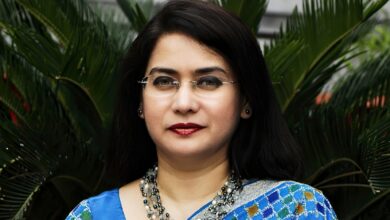 Bangladesh and Sri Lanka should not be compared 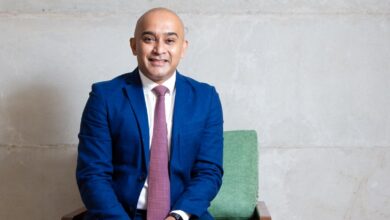